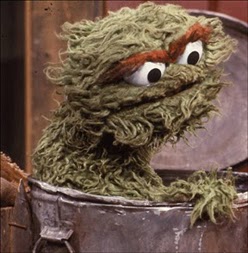 Sometimes circumstances prevent me to review what I want to. From this perspective 2013 was terrible year for this little blog.


Anyway you can also find me on Twitter doing my Oscar the Grouch impersonation about the pathetic Atlantis (it's easy, I know) or the irritating The Musketeers. With a little luck you'll see me saying a couple of nice things (Sherlock S3E3) but I'll deny that.

DEATH IN PARADISE - SERIES THREE, EPISODE ONE (BBC ONE) 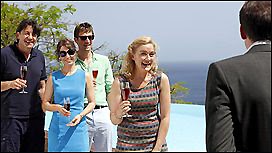 Death in Paradise, the highly popular BBC One crime comedy drama launched in 2011, came back this week for a third 8X60-minute series of Caribbean Cluedo.

In April 2013, it was announced that Ben Miller would leave Death in Paradise during series 3 and that he would be replaced by Kris Marshall (Lightfields, My family) as Detective Inspector Humphrey Goodman. In the series' premiere, written by Robert Thorogood and directed by Cilla Ware, an university reunion party attended by Richard comes to an abrupt end with a murder. DI Goodman arrives from London to help Camille and the Honoré police on a very sensitive case.

« London speaks very highly of him. »

The grumpy yet likeable Richard Poole deserved a better send-off than this inelegant exit and the case resolution is rather far-fetched. However it is very smart to bring a radically different sleuth. The disheveled  and casually dressed DI Humphrey Goodman is a bumbling but brilliant detective, part Jacques Clouseau, part Columbo. Kris Marshall manages to do well in this weak transitional episode, given that Ben Miller set the bar very high.

Although it's not unusual for a TV series to survive a lead/character change, Poole and his great interaction with Camille will be missed. Death in Paradise has an ingenious formula for fun escapism: murder mysteries under the sun, splendid locations, humour, guest stars (here Helen Baxendale, Mark Bazeley, etc.) and an excellent regular cast. Next week will be crucial after the return of this favourite amongst detective drama buffs with an average of 7.1m viewers.

Death in Paradise is produced by Red Planet Pictures for the BBC and exec produced by Tony Jordan and Belinda Campbell. Tim Bradley is the producer. It is filmed with the support of the Region of Guadeloupe and the Film commission of Guadeloupe. In France the first two series are available on DVD from Koba Films since the end of last year.

Series 16, Episode 2. The body of a  young woman with a mask on her head is found in the rain-swollen river at Midsomer St. Claire. She was killed in a similar way to a macabre image on a medieval fresco discovered in the church crypt.

Series 16 of Midsomer Murders started on December 24, 2013 with an uneven Christmas special. The Christmas Haunting introduced stage and TV actor Gwilym Lee as Charlie Nelson, the new DS of DCI John Barnaby (Neil Dudgeon). It also tried to give a proper exit to DS Ben Jones because actor Jason Hughes left after the previous series. Nelson looks like the little brother of Broadchurch's DI Alec Hardy and this week we learn he can swim (« Wild swimming. It's all the rage. ») He's not the only change in this series as John's Wife Sarah, played by Fiona Dolman, is pregnant.

Written by Paul Logue and helmed by Alex Pillai, who directed series 15's excellent premiere, Let Us Prey is undoubtedly far better than the special. A severe flood alert and some "medieval" murders (including a very nasty one) disturb Midsomer St. Claire. DS Nelson tries to cope with lodging in the messy house of pathologist Dr Kate Wilding (Tamzin Malleson). Kate finds his fitness habits equally challenging. John doesn't care; soon his study will be invaded by baby things (« How many babies are we having? »).

« Isn't it beautiful? All that misery and suffering. Almost makes me tingle. »

Rebecca Front plays with an obvious pleasure the role of a scheming vicar. Of course in Lewis she was... Innocent. Vincent Regan, William Beck and the great Michael Jayston deliver top-notch performances. Jayston's character talks about fatherhood with Barnaby (« Ha! You're scared stiff. And if not, you have no business being a father. »). Jason Hughes' successor Gwilym Lee quickly found his feet (« It's the 21st Century, sir. ») Paul Copley, Andrea Lowe and William Postlethwaite are amongst the other guest stars.

This 16th series is produced by Louise Sutton and exec produced by Jo Wright. Midsomer Murders is produced by Bentley Productions, an All3Media company, for ITV. Series 15 was released this week on DVD in France by Koba Films (http://www.kobafilms.fr/serie/inspecteur-barnaby---saison-15-358.html).