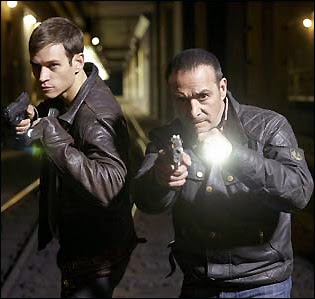 Semir is still trying to cope with the end of his marriage in a storyline initiated with Auferstehung, season 34's feature-length spectacular opener. He's a broken man without his wife and family, without a partner, and Andrea (Carina Wiese) wants to sell their house. His boss has a problem with his attitude and he turns down the help of his friends and colleagues. Alex Brandt has his share of difficulties too: he's released from prison and receives an unexpected visit.

A "darker" Semir  and a new partner regenerate a franchise which definitely became its own parody these last years. Vinzenz Kiefer has some big shoes to fill given the popularity of the duo formed by Gerkhan and Ben Jäger, played by Tom Beck (whose final episode aired in december). Revolution has not the cinematic value of the Bondian Auferstehung and there's some inevitable déjà vu but the result is quite enjoyable. It's already a lot after 18 years. 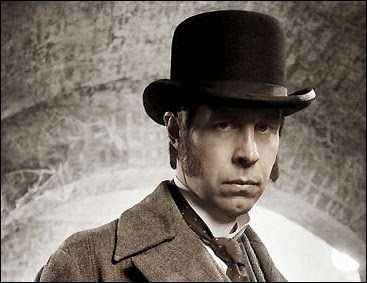 ITV has recommissioned The Suspicions of Mr Whicher for two 120-minute films from Hat Trick Productions.

Paddy Considine will return as Victorian sleuth Jonathan "Jack" Whicher after The Suspicions of Mr Whicher in 2011 and The Suspicions of Mr Whicher: The Murder in Angel Lane last year. The first film was based on the best-seller written by Kate Summerscale about the Road Hill House murder and the work of real-life character Jonathan Whicher, Britain's top investigator of his time and inspirator of many Victorian literary detectives.


Beyond the Pale and Til Death Do Us Part will be directed by David Blair (Accused, Bert & Dickie, Best Laid Plans) and Geoffrey Sax (Endeavour, Christopher and His Kind) and written by award-winning playwright Helen Edmundson.

The Dark Charisma of Adolf Hitler, an interesting BBC documentary from Laurence Rees, is now available on DVD in France thanks to Koba Films.