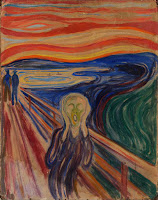 Photo: Me watching the first episode of this new legal comedy/drama from TF1 (Sorry, couldn't resist...)

Email ThisBlogThis!Share to TwitterShare to FacebookShare to Pinterest
Libellés : Bartoli, Drama, Life is too short, Munch, Remember that I survived their stuff with the female android cop, Series, So much to do So little time, TF1 Amours mortes is an original story written by Olivier Prieur, loosely based on Graham Hurley's Joe Faraday novels. This rather effective episode, directed by Edwin Baily, is regrettably ruined by a cliche-esque case resolution. And the new status of Bazza Swaty (Emmanuel Salinger) at the end raises some doubts. Produced by Gétévé Productions with France Télévisions and the support of Région Haute-Normandie.

You can find a review of the previous episode here:

The crossover is a "rare bird" in the History of French television fiction: the sitcoms produced for TF1 by AB Productions in the 1990s, an encounter between crime drama PJ (1997-2009) and legal drama Avocats et Associés (1998-2010) on France 2 in 2007, and then nothing until now. Created by Laurent Mondy, Commissaire Magellan started on France 3 in 2009. Produced by JLA Productions and set in the fictional town of Saignac (in the north of France), it stars Jacques Spiesser as Commissaire Simon Magellan.

Launched in 2013, Mongeville is a production from Son & Lumière created by Jacques Santamaria and starring Francis Perrin as Antoine Mongeville. Mongeville is a retired juge d'instruction who regularly assists police captain Valentine Duteil (played by Gaëlle Bona) in Bordeaux. Magellan and Mongeville are part of the popular French detective/crime drama line-up of France 3. They are very well done, like this most pleasant crossover where Magellan investigates a deadly hit-and-run whose suspect happens to be a former protégé of Mongeville.

Antoine Mongeville is a law school pal of Simon Magellan but they lost touch a long time ago. Mongeville and Valentine, on their way to London, are not far from Saignac and they team up with Simon. Never mind the far-fetched solution, this "reunion" is brought smartly, the characters have a good chemistry and great fun together. The actors look like they enjoyed the experience. Written by Céline Guyot & Martin Guyot. Directed by Étienne Dhaene.

BLOOD ON THE DOCKS: JUSTICES (FRANCE 2) 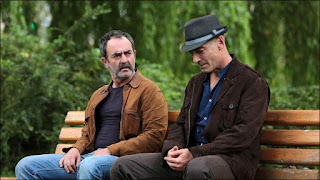 Justices is an original story by Laurent Martin, loosely based on Graham Hurley's work. It is written by Bernard Marié & Olivier Prieur and directed by Edwin Baily. The body of  Linda Bertin, a young woman who disappeared five years ago during a Bastille Day firemen's ball, resurfaces in a waterproof bag discovered in the port waters. Because of a beret found in that bag, Richard Faraday suddenly doubts that Rémy Thouret, the young man he put in jail for murder, is the real culprit. He must reopen the case while Jean-Noël Vargas, Thouret's lawyer, is furious.

Things get worse when Lulu, Faraday's deaf-mute son, is wounded in a deliberate road accident and kidnapped by a man who asks Richard to steal the beret inside the police station. Faraday goes it alone and stops at nothing to find Lulu vs a ruthless adversary. The cohesion of commissaire divisionnaire Dardenne's unit is threaten by the disappearance of the beret. Paul Winckler is briefly suspected of the proof theft when a trail leads to his pal Bazza Swaty, Le Havre's biggest mobster. This doesn't prevent Paul to give his colleague and friend Richard a helping hand in the pure Winckler tradition. 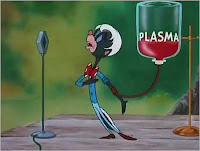 I feel better now. No more coughs and sneezes. And it's fantastic all those things you can do when you're not feverish.
REVIEWS

- The Moonstone - Episode One (BBC One):