The second half of the first series of Black Forest Clinic (Die Schwarzwaldklinik, 1985-1989), the German cult medical drama, is available since May on French Region 2 DVD from Koba Films as "La clinique de la Forêt-Noire - Saison 2".


Die Schwarzwaldklinik originated from an idea by TV producer Wolfgang Rademann, the creative force behind the lighthearted ZDF series Das Traumschiff ("The Dream Ship") for Polyphon Film- und Fernseh GmbH. This German answer to The Love Boat (1977-1986), which premiered in November 1981, still exists today. For two years Rademann tried to convince the channel to air something in the vein of the Czechoslovak medical drama Nemocnice na kraji mesta (1978-1981), shown in both East and West Germany under the title Das Krankenhaus am Rande der Stadt. Produced by Polyphon, Die Schwarzwaldklinik finally started filming during summer 1984 in the district of Breisgau-Hochschwarzwald. Crime drama scriptwriter Herbert Lichtenfeld (Tatort) wrote all the episodes.

Veteran movie and television director Alfred Vohrer helmed the 90-minute pilot (Die Heimkehr) and 11 episodes of the first series. His impressive filmography includes numerous Edgar Wallace movies and some Winnetou films but also several episodes of producer Helmut Ringelmann's hits Derrick and Der Alte. Experienced TV helmer Hans-Jürgen Togel took over from Vohrer until the end of Die Schwarzwaldklinik in 1989. A competent ensemble cast is headed by stage, movie and TV actor Klausjürgen Wussow as Professor Klaus Brinkmann and Gaby Dohm as Christa Mehnert, a nurse who marries Klaus and studies to become a doctor. Dr. Udo Brinkmann (2), Prof. Brinkmann's impetuous and womanizing son, is played by Sascha Hehn, one of the regulars of Das Traumschiff.

Brinkmann has a rival in the person of Dr. Vollmers, Christa's teacher. Udo enjoys his new life as a family man with his wife Katarina and her daughter. Klaus worries that one of his assistants isn't made for medicine. The personnel of the Schwarzwaldklinik is confronted with all sort of patients and situations: a stuntman has an accident during a car scene, a couple learns that life is literally priceless and Pr. Klaus Brinkmann himself has a heart attack. The head nurse even meets a lion! Karin Hart (Käti), Evelyn Hamann (Carsta Michaelis), Christian Kohlund (Vollmers), Ilona Grübel (Dr. Katarina Gessner-Brinkmann), Karl Walter Diess (Dr. Schäfer), Franz Rudnick (Dr. Wolter), Holger Petzold (Dr. Rens), Eva Maria Bauer (Head nurse Hildegard), Barbara Wussow (Klausjürgen Wussow's daughter) as Nurse Elke, and Jochen Schroder as the sympathetic Nurse Mischa are amongst the other Series 1 regulars.

The characters of Black Forest Clinic reappeared in a 1991 Christmas crossover between several ZDF series. In 2005, the German pubcaster aired a 20th birthday special titled Die Schwarzwaldklinik - Die nächste Generation. It was followed the same year by Die Schwarzwaldklinik - Neue Zeiten. Both TV movies were helmed by Hans-Jürgen Togel. The exterior of the "Black Forest Clinic" is actually The Carlsbau, a building which houses a health clinic in Glottertal. The outside of the beautiful "Villa Brinkmann" is the Hüsli local history museum in Grafenhausen-Rothaus. Film and TV composer Martin Böttcher (the Winnetou movies) was hired for the music and wrote a main theme but he was replaced by Hans Hammerschmid, who composed the famous Hallo - Dr.B. and the rest of the soundtrack. Böttcher's theme served as the intro of ZDF's Forsthaus Falkenau (1988-2013).

Those two DVD sets of the first series from Koba Films are an excellent opportunity to revisit (or to discover) a true German television classic. "La clinique de la Forêt-Noire - Saison 2" contains a 90-minute version of the episode Der Versäger + the rest of Series 1, in French only.

Commissaire Laurence becomes a secret agent again after the death of a good friend from the intelligence community during an assignment at the Lille Opera.

Written by Thierry Debroux, L'homme au complet marron is based on Agatha Christie's novel The Man in the Brown Suit. It's the second of the two episodes of Les petits meurtres d'Agatha Christie (Agatha Christie's Criminal Games) filmed between October and December 2016. Like Le miroir se brisa, the previous episode, it is directed by Rodolphe Tissot (The Churchmen/Ainsi soient-ils). Swiss television RTS aired both ahead of French pubcaster France 2.

French secret agent Nadine Mercuret works undercover as the secretary of Alexandre Latour, the director of the Opera Moderne de Lille. Her service thinks that ballerina Tatiana Pochenko is a member of a Soviet spy ring run by the mysterious "Colonel". When Nadine finds out his true identity, she's mortally wounded but tries to warn ex-colleague and friend Swan Laurence (Samuel Labarthe) at his appartment. To avenge her death, the commissaire collaborates with Gaullic spymaster Gilbert Loyson, a pal from his Resistance days, and disguises himself as a woman to be the new secretary of Mr Latour. After all, no less than the security of the free world is at stake.

Jules Touchard, an employee of the Opera, is knocked over by a black car right in front Alice Avril (Blandine Bellavoir). Soon Gilbert arranges the necessary disappearance of Swan. Marlène (Élodie Frenck), sworn to secrecy on the life of her goldfish, teaches her boss how to be "Brigitte", the perfect secretary. Brigitte's face seems familiar to Avril, who instantly dislikes her. Contrary to Tricard (Dominique Thomas), who likes this Brigitte a bit too much. Between a 60s spy caper and Some Like It Hot, L'homme au complet marron is a pure wonder dominated by the performance of Samuel Labarthe. It's also a great occasion to put the talented Dominique Thomas under the spotlight with much more screen time than usual.

(1) In Le crime ne paie pas, a 2014 episode written by Thierry Debroux, Laurence's spymaster pal was called Gilbert Bourdet and he was portrayed by Renaud Rutten.
(2) https://web.archive.org/web/20170616211921/http://bullesdeculture.com/2017/04/les-petits-meurtres-d-agatha-christie-2017-news.html [Update - August 31, 2017] In June it was announced that the next couple of episodes to be filmed would be Crimes haute couture and Drame en trois actes, in that order.

1976. Dario Maltese, an elite cop with a painful past, works in Rome. He returns to his hometown of Trapani (in Sicily) to attend the wedding of his best friend Gianni Peralta, who's a senior police force member too. In the train, Dario meets photographer Elisa Ripstein. When Peralta and his bride are gunned down, Maltese asks to be transferred to Trapani in order to investigate. A local newspaper suggests that the Peralta murder is a crime of passion but the commissario is convinced that Gianni was killed by the Mafia. 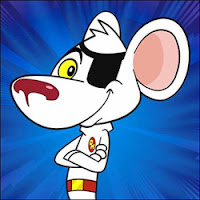 Well, at least we had something on this blog last month. And we did it with only one fully functional eye (seriously).

- An interview with Lee Goldberg: