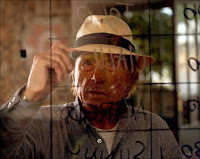 
The legendary private detective Josef Matula and his dog Renz are back.

Claus Theo Gärtner (born in 1943) first portrayed the street-smart, working-class Hermann Josef Matula in Ein Fall für Zwei ("A case for two"). The long-running series, created by Georg Althammer and Karl Heinz Willshrei for Galmon Film (later Odeon Film), was about a private investigator and a defense attorney who solved crimes in Frankfurt am Main. Matula was 31 when it started on German pubcaster ZDF in 1981. When his partnership with Dr. Dieter Renz (Günther Strack) ended in 1988, the character teamed up with three other lawyers: Dr. Rainer Frank (Rainer Hunold, 1988-1997), Dr. Johannes Voss (Mathias Hermann, 1997-2000) and Dr. Markus Lessing (Paul Frielinghaus, 2001-2013).

In autumn 2011, Gärtner expressed his desire to leave after 30 years. The duo Matula-Lessing bowed out with the 300th episode in March 2013. Surprisingly, ZDF decided to revamp Ein Fall für Zwei around attorney Benjamin "Benni" Hornberg (Antoine Monot, Jr.) and p.i. Leo Oswald (Wanja Hues). With the same title but minus the famous theme composed by the great Klaus Doldinger (The Neverending Story, Das Boot, Tatort), the new version debuted in May 2014 and is still running. Claus Theo Gärtner even had a cameo in an episode. And every Good Friday since 2017, Herr Gärtner returns as one of the most popular characters of German television in Matula, a series of 90-minute specials penned by Ben Braeunlich (Tatort).

Matula - Tod auf Mallorca brings Josef Matula and his dog Renz (named after his first lawyer partner) in Mallorca, the largest of the Balearic islands. The detective must sail a yacht to one of the favourite destinations of German tourists for a rich client named Peter Janek. Once arrived, he meets Ingo Schumann, a yacht owner, and his companion Karin Weißbach. The morning after, Matula finds the dead body of Schumann floating in the harbour basin. Karin is quickly arrested for murder by Comisario Raphael Herras, the head of the local police. Josef discovers that the victim had other women in in his life and many secrets. From a golf course to a local club, via hotel balconies, he gets so close to the truth that someone wants him out of the island... or even dead.

Produced by Odeon TV (for ZDF and Austria's ORF) and distributed by ZDF Enterprises. Anette Kaufmann produces. Michael Bauernfeind and Rolf Wappenschmitt exec produce. Thomas Höbbel is the line producer. The excellent music was composed by Nikolaus Glowna. Matula - Tod auf Mallorca was filmed between October and November 2018. The real name of Matula's dog is Mumford and he's trained by Charlott Arzberger. 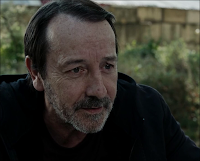 Commissaire Jean-Baptiste Adamsberg pulls a thread of mystery, revenge and murder when he gets intrigued by a very peculiar spider.

The hero of French pubcaster France 2's Collection Fred Vargas is back with the outstanding Quand sort la recluse.

Sous les vents de Neptune was followed by L'homme aux cercles bleus (The Chalk Circle Man, Adamsberg #1) and L'homme à l'envers (Seeking Whom He May Devour, Adamsberg #2) in 2009 and Un lieu incertain (An Uncertain Place, Adamsberg #6) in 2010, three 90-minute films for television. Nine years later, Jean-Hughes Anglade returns as Jean-Baptiste Adamsberg in Quand sort la recluse, based on the ninth Adamsberg mystery (This Poison Will Remain, 2017). Helmed by Josée Dayan, who co-produces through her company Passionfilms, this 2 x 90-minute TV movie written by Emmanuel Carrère was filmed between August and October 2018 in Paris, Uzès, Nimes and in Camargue.

Jean-Baptiste Adamsberg shortens his holidays in Iceland and returns to Paris as Adrien Danglard needs his help on the murder of the wife of an arrogant lawyer. But soon the attention of the commissaire is diverted by the death of three old men bitten by recluse spiders in the south of France. At the Muséum d'Histoire naturelle, Adamsberg meets Irène Royer-Ramier, a woman who knows a lot about the recluse spider. He goes into an unofficial investigation, for the highest scepticism of Danglard. Raphaël Adamsberg (1), Jean-Baptiste's own brother, holds one of the keys to this very strange case. Retancourt tells her boss that Froissy is confonted with a rather scary problem and something smells fishy in the brigade.

The cast of Quand sort la recluse, mostly composed of  regular collaborators of Josée Dayan, is impressive. Since Un lieu incertain, Corinne Masiero became the star of Capitaine Marleau (2015) for France 3. Directed and produced by Dayan, it's France's most popular TV series. Jacques Spiesser is Commissaire Magellan (2009), another hit of France 3. Aymeric Demarigny, who plays Brigadier Estalère, is known today for the character of Brière in Capitaine Marleau. Froissy is played by Sylvie Testud, Veyrenc by Jérôme Kircher and Élisabeth Depardieu brings an appropriate subtlety to Irène. Pierre Arditi (Blood of the Vine) appears as Dr. Cauvert.

One of the listeners of a radio show dies live on air.

Eva Detrais is the host of Les mots bleus on Radio 7 Boulogne-sur-Mer, a late-night programme where listeners confide their problems. Chloé Leroux, a young woman, calls Eva. She cries, when suddenly the sound of a gun shot can be heard. Chloé has been murdered and Capitaine Marleau investigates. It occurs that Eva Detrais knew the victim. Someone targets former constestants of the Miss Côte d'Opale beauty pageant. Eva's assistant uses his job to seduce female listeners and the murder weapon belongs to a gendarme!

Ne plus mourir, jamais, the atypical previous episode, was above all a vehicle for French star Isabelle Adjani based on a novel published years before the creation of Marleau. The excellent Une voix dans la nuit is a healthy return to basics thanks to the well-crafted scenario, a perfect Corinne Masiero and a fine cast. Jeanne Balibar plays Eva, a character between radio show host Macha Béranger and TV weathercaster Catherine Laborde. Singer and actor Benjamin Biolay is brilliant as the ambiguous photographer Philippe Louveau.

Co-produced by Passionfilms and Gaspard & Co with France Télévisions and the support of Pictanovo and Région Hauts-de-France. With the participation of Radio Télévision Suisse and R.T.B.F. (Télévision belge). Produced by Josée Dayan and Gaspard de Chavagnac. Cinematography by Stefan Ivanov. Editing by Yves Langlois. Music by Catherine Lara and Cyrille Lehn. Marc Eisenchteter is the story editor. Series created by Elsa Marpeau. Capitaine Marleau is available in the U.S. on VOD service MHZ Choice under the title Captain Marleau. 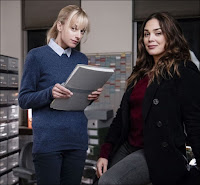 Thank you very much  for your constant interest, your fidelity and your trust.
Publié par Thierry Attard à l'adresse 10:29 No comments: