A NEW WAR OF THE WORLDS 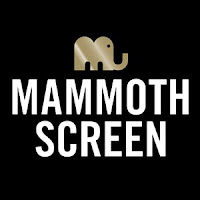 Broadcast reveals today that Mammoth Screen, the ITV-owned prodco behind Poldark, is developing a major adaptation of H.G. Wells's The War of The Worlds for UK television.

This mini-series will remain faithful to the period and setting of the novel (England in the 19th century). It will be distributed by ITV Studios Global Entertainment.

Previous adaptations of the book include the 2005 film by Steven Spielberg (starring Tom Cruise) and the 1953 classic directed by Byron Haskin.

This new project looks quite interesting. Now, if British TV could bring back The Tripods...

Email ThisBlogThis!Share to TwitterShare to FacebookShare to Pinterest
Libellés : Broadcast, ITV, ITV Studios, Mammoth Screen, The War of the Worlds