PEACOCK SONG OF THE SOUTH 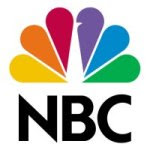 [2.46 - French Time] Question: What is in a worst state than me awake in the middle of a French night with of a rhinopharyngitis? Answer: The NBC series lineup right now.

Southland, the Cop drama a la Steven Bochco launched by the Peacock network in April 2009 and renewed for a second season is cancelled. And according to our dear She Who Must Be Read, Nikki Finke of Deadline.com, the costly medical drama Trauma is already cremated (http://www.deadline.com/hollywood/wasnt-nbc-boasting-about-this-show/).

In May I wrote: « Talking about NBC, some say Trauma is the new ER but the concept sounds like an old Glen A. Larson show ». And two months later: « Is the 2009-2010 season summed up by a single word: trauma? ». The show has a $3m pricetag, if axed maybe BBC Worldwide and ITV could bring it back with CGI dinosaurs.

Seriously, Primetime network season has it all to become the worst season in many years. I'm amazed by this mania to sound the bugle when a show gets a full season order right after its start. Then the show is dumped after this full season, or after a year and a half. Or goes on for three more years without anybody can explain why before someone remembers to pull the plug.

The full season order is a privilege these days . The order for NBC's midseason drama Day One has been reduced to the two-hour pilot plus two episodes (http://www.hollywoodreporter.com/hr/content_display/television/news/e3i9cee8f0e9d869f6a88fe4a1acc902219). ABC will put the revival of V on hiatus after 4 episodes. Return of the "miniseries"? No, Realpolitik. You can't compare this scope reduction to the lavish miniseries of the 1980s, the Lace, If Tomorrow comes, Hollywood Wives, Thorn Birds, etc. Lavish miniseries will not replace the casualties of the 2009-2010 season.

And make no mistake, NBC Universal knows what a good show is: Warehouse 13 is a hit... on Syfy.
Publié par Thierry Attard à l'adresse 02:40