WHERE THE MONEY IS 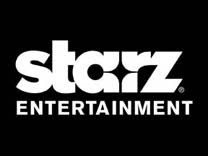 [21.46 - French Time] Torchwood will finally get its fourth series, thanks to a partnership between BBC Cymru Wales, BBC Worldwide and US premium entertainment network Starz Entertainment (Spartacus: Blood and Sand).

John Barrowman (Captain Jack) and Eve Myles (Gwen) will return, along with new cast members and we can suppose some of them could be Americans. According to today's BBC Press release, "while previous series were based on location in Cardiff, Wales, this new instalment will see storylines widen to include locations in the US and around the world." Does that mean that only a minority of episodes will be shot in Wales? What does "around the world" exactly mean?

After American network Fox decided not to pursue a US version of Torchwood, BBC Worldwide said they were in discussion with several interested networks. And Primeval, one of Worldwide's major brands, was resurrected last fall for 13 new episodes with the help of an international partnership. Could Doctor Who follow with a similar deal for its sixth series?

For Torchwood it will be interesting to appreciate the exact financial implication of Starz and see if it does impact the content of the new series like what happened when US cable channel AMC co-produced Hustle, another BBC hit.