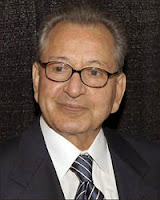 Legendary television director Reza S. Badiyi died saturday, aged 81. He directed more than 400 hours of series and TV movies, holding the Directors Guild of America record for helming more television episodes than anybody in the history of this medium.

Iranian-born Reza Badiyi started his long and prolific career in his native country as a documentarist and won an award for Flood in Khuzestan, a documentary which attracted a lot of attention and led to his arrival in the US as a student during the 1950s. After studying filmmaking at Syracuse University, Badiyi moved to Kansas City to work for The Calvin Company - a major educational and industrial film production company (1). There he met director Robert Altman and became his protégé and friend.

An experienced director and producer in the 1960s, Badiyi also developed a reputation as a designer of TV series main titles: « You have to capture the audience and keep them from going to another channel, » he explained. « It's like doing a wonderful commercial without showing what the product is. » (2) His work for the title visualization of Hawaii Five-O epitomizes this spirit and his approach was ideal for writer/producer Bruce Geller, who hired him on Mission: Impossible to direct season three's The Interrogator (1969). Reza Badiyi directed 17 episodes of the show, including its most ambitious episode in terms of production: Mission's only three-parter, The Falcon (Season four, 1970).

As a director he worked on series like The Mod Squad, Mannix, The Magician (starring Bill Bixby), The Six Million Dollar Man, The Rockford Files, Hawaii Five-O, Cagney & Lacey, Falcon Crest, and many more. His last credit was The Way Back Home (2006), one of the four feature films he directed.