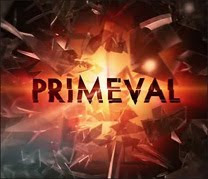 [9.45 - French Time] Broadcast reports that Impossible Pictures has secured an order from Canadian channel Space for a spin-off of Primeval.
Primeval: New World, a 13 x 60-minute series, will be produced by the UK prodco along with Canadian indie Omni Film Productions Limited (Defying Gravity). It will be centered on a North American team of animal experts and scientists as they investigate the arrival of prehistoric but also futuristic creatures.

Each episode will cost around £1.6m and production will start in Vancouver in the winter (for a transmission in autumn 2012), with sfx handled by Impossible Pictures in London. According to Broadcast, which reported the deal between Impossible Pictures and Omni Films in August 2010, the extension of Primeval will feature a "younger, sexier cast", and " gorier special effects".

Axed by ITV after its third series, the original Primeval was resurrected by a 2009 deal for thirteen new episodes, split into series four and series five. Impossible Pictures, Prosieben, Ingenious Broadcasting, UKTV's channel Watch, and BBC America co-produced those two "series" for ITV and BBC Worldwide.

The fourth series (seven episodes) aired on ITV1 in 2011 with series five continuing on Watch, as UKTV got a first-run of the last six episodes in the 13-episode batch. Series five has yet to air on ITV1.

As long as they don't change the title of this spin-off for Primeval: Miracle Day.