ONE MORE YEAR OF OUR LIVES 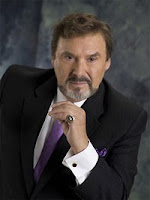 [21.15 - French Time] Great news for "Beautiful drama" addicts. NBC has picked up daytime drama Days of our Lives for its 45th season, keeping the long-running soap opera on the network through the 2010-2011 television season.

NBC Entertainment chairman Marc Graboff said DOOL has shown year-to-year increases in key female demographics and remains both relevant and fresh creatively. And while soaps are enduring tough times, cancelled in favour of less expensive daytime programmes, the renewal of NBC's last remaining soap is definitely a solace for the amateurs of the genre.

Last year Guiding Light and As the World Turns were cancelled by CBS after decades on the air. But Stefano DiMera has files on NBC's bosses and a peacock can't beat "The Phoenix".