THE PRICE OF EGGS 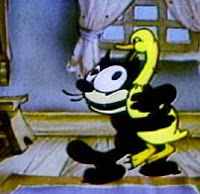 [17.36 - French Time] Some say that Avatar has changed the way films will be made. James Cameron's movie is certainly already changing cinema industry, as the future of Hollywoodland is engaged by a series of choices and decisions all linked to 3D.

Now Hollywood studios consider the conversion of their 2D upcoming blockbusters in 3D, not without skepticism from movie wizards Michael Bay and Cameron himself (http://www.deadline.com/2010/03/michael-bay-james-cameron-skeptical-of-3d-conversions-the-jury-is-out/), and search possible pop culture candidates or back catalogue products for future 3D franchises.

According to Variety, Sony plans a 3D Popeye(http://www.variety.com/article/VR1118016768.html?categoryid=10&cs=1&query=popeye). And Deadline New York's Mike Fleming reports that Buck Rogers, the fighter pilot who wakes up in the 25th Century, is being relaunched as a 3D screen hero 31 years after the cult TV adaptation starring Gil Gerard.

Interestingly, Variety writes in an excellent article that ticket prices for 3D pics are rising fast in the US, as exhibitors and distributors want to maximize their returns. A survey released Wednesday by Wall Street media analyst Richard Greenfield of BTIG indicates that some circuits are hiking ticket prices by as much as 26% in anticipation of the release of 3D animated film How to Train Your Dragon this Friday. "If consumers absorb the price increases without issue, we believe it bodes well for the pricing power of the movie exhibition industry," says the report.