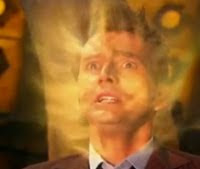 [9.11 - French Time] Rex is not your lawyer, the NBC one-hour pilot for a legal dramedy starring David Tennant, is not totally dead.

In Rex Tennant plays Rex Alexander, a top Chicago lawyer who begins suffering panic attacks and takes up coaching clients to represent themselves in court. According to Nellie Andreeva in Deadline.com, producers did more work on the pilot, including adding voiceover.

Andreeva adds that the reworked pilot tested well, and that the project has received an order for two back-up scripts. But this raises two questions: should Rex go further will David Tennant stay aboard as he wisely searched other gigs like BBC's dramedy Single Father. And will two shows with eccentric lawyers can cohabitate in the same space and time? Because NBC has Kindreds the latest David Kelley project.

Anyway the voiceover thing and the reworking don't actually bode well for Rex is not your lawyer. The idea of watching David Tennant playing Doctor 10 in a law firm with an American accent is moderately exciting and this title is awful. In continental Europe "Rex" evokes an Austrian cop show starring a German shepherd dog.