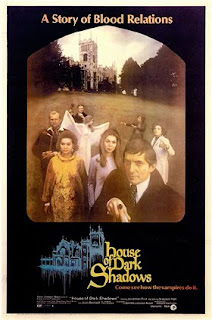 [19.28 - French Time] After HBO's True Blood, the Twilight franchise - adapted from the books by Stephenie Meyer, and The CW's Vampire diaries, Hollywoodland is looking for the next good nightly twist which could attract viewers and cash on the trend of the year. After all, The Twilight Saga: New Moon is a global box office record breaker.

So we learn from Entertainment Weekly that Fox has ordered to Dreamworks Television a show called Howl, about families of werewolves in a small Alaskan town (http://news-briefs.ew.com/2009/12/04/fox-to-develop-werewolf-series-howl/). Fortysomething readers may remember that one of the first shows of the network was actually the excellent but short-lived Werewolf (1987).

In this series created by Frank Lupo, college student Eric Cord (John J. York) becomes a werewolf because of his best friend and roommate. He must search Janos Skorzeny (Chuck Connors), the creator of his "bloodline", across the country and he tries to escape to bounty hunter Alamo Joe Rogan (Lance Le Gault). Near the end of the sole season of Werewolf, Eric discovers that the true originator of the bloodline is not Skorzeny but Nicholas Remy (Brian Thompson), a 2000 year-old werewolf who is a respected university professor with connections in the political sphere.

We can expect an attempt to resurrect (sic) Werewolf sooner or later, as we can bet that there will be a new try to bring back Dark Shadows on the small screen. Atypical in the History of American television, Dark Shadows was a gothic soap opera - imagine Y&R with vampires, werewolves or ghosts - created by Dan Curtis (who also produced) and aired by ABC between 1966 and 1971. The most popular character was vampire Barnabas Collins, played by Jonathan Frid, and the soap jumped to the big screen with two MGM movies: House of Dark Shadows (1970) and Night of Dark Shadows (1971).

Yes, there's a movie revival currently in development which must be directed by Tim Burton with Johnny Depp (who else?) as Barnabas Collins, but being a big fan of the original your humble servant cannot imagine Depp as Barnabas. In 1991, NBC and Dan Curtis tried to revive Dark Shadows with the talented and wrongfully underestimated Ben Cross as Collins but the primetime show didn't last more than 12 episodes.

In 2004, the then-WB network ordered a pilot for a new and younger Dark Shadows to catch the audience of Smallville but the show was never picked up. Now, regarding the success of The Twilight Saga, some suits will certainly consider a "reinvention" and they may well play with the idea of bringing back a show called Kindred: The Embraced, a sort of vampiric Melrose Place (eh, it was from Spelling Television) aired on Fox in 1996 and starring British actor Mark Frankel - who left this world too soon.

Be prepared for more bloodsucking.