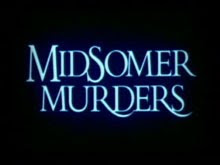 [6.50 - French Time] Midsomer Murders Series 13 Episode 2. When DCI Tom Barnaby (John Nettles) is suspicious about a property deal between mayor Hicks (Brian Capron) and the Brighton council, he gives the keys of police HQ to DS Jones (Jason Hughes) and joins Causton's annual trip to the delicious seaside resort. He asks for the assistance of his cousin, DCI John Barnaby (Neil Dudgeon), of the local police.

Launched in 1997 with the one-off episode The Killings At Badger's Drift, Midsomer Murders is based on the books by Caroline Graham and transposed to the small screen by talented screenwriter and novelist Anthony Horowitz. The show, produced by Bentley Productions for ITV, is already considered as a classic and is a global hit sold in more than 200 countries. Detective Chief Inspector Tom Barnaby is the second important TV role of John Nettles after the character of DS Jim Bergerac in the BBC Jersey-set crime drama Bergerac (1981-1991).

John Nettles will leave Midsomer Murders at the end of series 13 with episode 82. His successor has been announced this week: it's Neil Dudgeon as Tom's cousin DCI John Barnaby - who appears for the first time in this episode, The sword of Guillaume, in a phone call scene. Tom teams up with his cousin when one of Causton's finest citizens decides to export to the seaside town the only product Midsomer County is known for: murder most horrid.

The episode has a stellar cast: Lucy Cohu (Cape Wrath, Torchwood and recently the sublime Murderland), Mark Gatiss, Tim McInnerny, etc. The pantomime crime routine of the show is brought to Brighton and the character played by McInnerny - typecast as an obnoxious chap - is the first to die. But it's Midsomer Murders, so he's beheaded with a valuable historical sword in the Brighton ghost train! - What's the problem with Tim McInnerny's head? First an Ood facelift now this...

Quickenings go on in Causton and Tom finally gets the murderer (whose ID is no surprise at all) after a mud walk with Hughes. Then he gives the usual poirotesque explanation of the mystery. But the only reason which could explain the propension of Midsomer County residents to kill each other is that Midsomer must be an open-air penitentiary, like Absolom in the movie No Escape (1994).

Loyal readers of this blog know your humble servant's opinion about Midsomer Murders but the transition between the two Barnabys is handled in a clever and elegant way. Neil Dudgeon is a very good choice and there's a great scene where someone asks if Detective Chief Inspector Barnaby is here and the cousins make a step forward simultaneously. Actually Dudgeon wins his legitimacy with a brilliant moment where John confronts the mayor of Brighton. When she says (about Hicks) « He wanted to take me to Marbella » he replies « He's all class » in a typical Barnaby style.
Publié par Thierry Attard à l'adresse 06:56

Ah, but some of us like "slow going" detective stories, without too much violence or gore on screen... :-) That said, I hate Derrick ;-)