DON'T YOU FORGET ABOUT ME 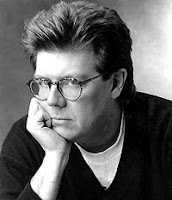 [18.50 - French Time] She Who Must Be Read aka our dear Nikki Finke, founder and editor in chief of Deadline.com, reports that the Oscars are planning a special tribute to John Hughes for this year's telecast.

« The death of John Hughes last year touched Hollywood in a way that only a very small number of talent can », writes Nikki (http://www.deadline.com/hollywood/oscar-spoilers-part-2-john-hughes-tribute/). But his death touched not only Hollywood, it also touched everyone who was a teenager in the 1980s. Because this master of comedy left us an important work about the passage to adulthood, family, America and so many other essential themes.

Bernie Lomax is patron saint of modern Hollywoodland, that's why a sequel/remake of Vacation is in preparation. When John Hughes died your humble servant felt the need to watch Ferris Bueller's Day Off for the 450th time and told his wonderful wife: « Now we can bet they'll remake Ferris ASAP ».