THINGS TO WATCH IN HOLLYWOODLAND WHEN YOU'RE DEAD: THE RETURN 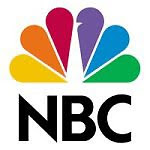 [7.00 - French Time] NBC announced yesterday some of its projects for the 2010-2011 season right after the official cancellation of their primetime Jay Leno experience. Among the pilots proposed we note:

- Prime Suspect: Remake of the British institution starring Helen Mirren as no-nonsense Detective Chief Inspector Jane Tennison, an uncompromising cop who works on the hardest cases in a male-dominated professional environment. The US version is produced by Universal Media Studios and ITV (owner of the original).

Who needs another unnecessary remake of a cult Brit show? Does Life on Mars US ring a bell to someone? The most important idea in the words "British show" is, well, "British".

- The Rockford Files: Talking about unnecessary... The remake of the classic starring the great James Garner as private investigator Jim Rockford. Wrongfully jailed but pardoned, Rockford lived in a mobile home (which doubled as his office) on a Malibu beach. The ultimate anti-hero was a creation of Roy Huggins and Stephen J. Cannell and the memorable theme of the show was composed by Mike Post and Pete Carpenter. James Garner came back as the character in the nineties for some TV-movies.

This pilot is from Universal Media Studios and Steve Carell's Carousel Productions. Will it rejoin the remakes of Bionic Woman and Knight Rider?

- The Event: A thriller with a storytelling device which consists in multiple points of view concerning an ordinary man who battles "against mysterious circumstances that envelope a larger conspiracy". Another US "High-concept" show attempt (remember The Nine?)

- Undercovers: What's in a name? This one is co-exec produced and co-written by J.J. Abrams (Lost, Mission Impossible III, the Star Trek reboot). "A domesticated husband and wife return from years in retirement and are re-activated as CIA agents. As they work together for the first time on new cases, they discover new aspects from their past - even as they re-ignite their passion for each other".

Chuck and Sarah - The 20 years itch? The sixties and seventies are over, you can't do a spy show straight (My Own Worst Enemy, anyone?) The wonderful Chuck - one of the rare NBC gems - is basically a comedy. But hey, this project is from J.J. Abrams.

- Kindreds: Another "unconventional kind of law practice" in a law drama from David E. Kelley. The man behind LA Law, The Practice, Boston Legal, etc. Maybe David Tennant (ex-Doctor Who) should wait before moving to Los Angeles as he's starring in a pilot called Rex is Not your Lawyer, or maybe NBC will be crowded with "unconventional" lawyers next season.

Talking about Law, there's also a Los Angeles version of the Law & Order franchise in the pipeline. Will Ed O'Neill star in it?